Why Is it Called Heavy Metal Anyway? 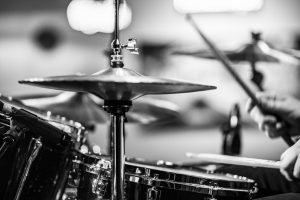 Let’s take a step back and consider just why the genre is called “heavy metal”. At the time when the first few albums were released by such bands as Black Sabbath or Deep Purple, no one had really come up with a definition for their much, well, heavier outputs, so radio presenters as well as journalists called their style simply “rock”. Thanks to the establishing of other similarly sounding acts (Motörhead, Judas Priest King Crimson…), it quickly became clear that a distinction was needed.

According to rock music scholar and historian Deena Weinstein the expression was used by the already cited Steppenwolf in “Born to be Wild”, in the lyrics “heavy metal thunder” and by William Burroughs in its trilogy “The Soft Machine”/”Nova Express”/”The Ticket that Exploded” while describing a character, Willy the Heavy Metal Kid.

However, the first professional user of the description was music critic Mike Saunders. A contemporary of the very famous Lester Bangs, and possibly influenced by Burroughs and Steppenwolf at the same time, Saunders reviewed Humble Pie in 1970 as a “noisy, unmelodic, heavy metal-leaden shit-rock band”. The rest, as they say, is history.