The Truth About Heavy Metal 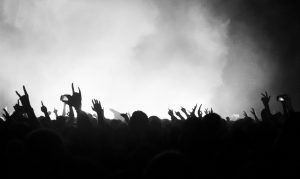 It’s been demonized, frowned upon, banned, even cited as a major source for the corruption and deviance of young generations (which is also a “quality” attributed to rap, or techno. Truth is, heavy metal has gone on to establish itself as one of the most creative, most inventive music genres of the modern era.

Forget about the cliches usually surrounding recording artists in this field, as well as their enthusiasts: no, heavy metal listeners are not satanists, nor they are violent, ignorant, brutal lunatics who often live in isolation and nurture perverted compulsions (seems like we’re exaggerating, but actually all of the above characteristics are attached to the profile of the average heavy metal fan!).

Truth be told, the structure of heavy metal has more in common with classical music (with the oeuvre of Richard Wagner, for instance, or the fugues of Johann Sebastian Bach), and the songs in its 40+ years long catalog tend to observe a very standard configuration, which is – by the way – the very same held by pop music and commercial hits entering the Billboard Hot 100: verse-chorus-verse-chorus-solo-chorus to fade.

So, why the stigma? It’s difficult to pinpoint just one reason why heavy metal continues, to this day, to upset million of concerned parents and politicians. Maybe it’s because some gory reports and stories do have a relation with the genre (think of the assassination of Øystein Aarseth by Vark Vikernes, the frontman of Norwegian band Burzum). Other will be quick to point out that the idea that violence accompanies heavy metal wherever it resounds is nothing but a marketing technique that quickly turned around and bit… the genre that fed it: much like the advertising campaigns around horror movies. Except no one considers the likes of John Carpenter or Robert Englund, he of the A Nightmare on Elm Street saga, as potential (or actual!) serial killers. 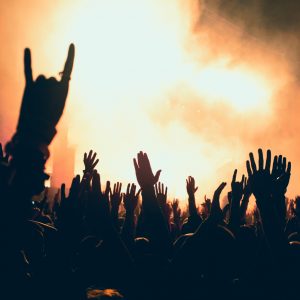 The fact remains that heavy metal as a whole is an incredibly creative milieu for plenty of arts – not just music (suffice to think of the artworks and styles associated with this type of music) – which has spawned more than three dozens sub-genres and remained incredibly vital in spite of being born in the early Seventies. Other types of music, like New Age or Fusion, have never managed to stay as relevant or as sonically interesting, and actually have ended being more like a joke, unable to get out of a very specific, very closed-off niche of listeners. That’s also one interesting fact about heavy metal: even with all the controversies surrounding it, it has always managed to ride the wave of critics and negative judgments and stay on top, gaining fans, chart positions and respect from the music press in the process.