The Characteristics of Heavy Metal, Then and Now 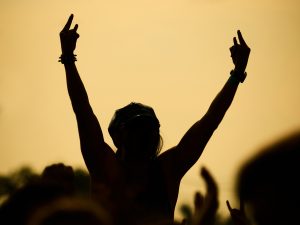 Strong rhythms and the very prominent sound of the drums have always been the main feature of heavy metal. This one quality has made it so that over time, rhythms have gotten faster and faster, to the point when specific sub-genres have originated when BPM (“beats per minute”) were higher than a certain given value (ie. speed or thrash metal). Other characteristics within the heavy metal niche can be found in the presence of:

Themes in heavy metal would be deserving of a distinct homepage. Suffice it to say that like the very first lyrics produced by Ozzy Osbourne or Ian Gillan of the Deep Purple, they tend to be predominantly dark, with a fixation on such topics as the apocalypse, a fascination with evil influences and the power of the occult. Relationships between people are seldom described in terms of love and friendship: rather, heavy metal lyricists stick to negative feelings such a betrayal, power play, abandonment, vengeance. Finally, bands tend to go back to the theme of injustice quite a bit, either by writing about scandals and political outrages or by straight-up denouncing social wrongs and issues, from drug abuse to pollution.